​Rick Hilber, age 67 and a resident of St. Paul, Minnesota, began to publish his poetry with Friesen Press in 2015. His first book of poetry Down the Highway, a Peace, was a tribute to the culture of North Dakota, his home state where he was
born in 1950, raised in LaMoure, Oakes, Grand Forks, and Fargo in that state. He also taught high school English there from 1975 to 1986 in public schools at Neche, Grace City, Mayville-Portland, and Carrington.

He finished law school in 1996 and had a brief legal career at Thomson West and Minnetronix, Inc., both in
Minnesota, and a solo practice for several years. He began writing poetry in his college years and was the beneficiary of poetry guidance from noted poet Thomas McGrath. He published his second book of poetry In Pieces in the Plaza with
Friesen in 2016. His third book has been submitted to Milkweed Editions for consideration this October 2017, and he hopes to see it published in 2018. 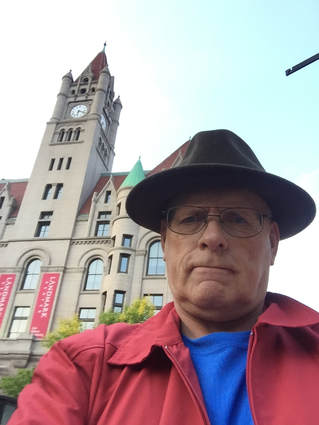