Keith L. Bohannon (AKA: PRIM-ONE) is a Kansas City based poet, singer-songwriter, multi-instrumentalist and producer.
He has been honing his craft for over a decade. Due to his diverse subject matter, (such as: politics, battling musical prejudices, martyrdom, artistic self-doubt, loyalty, free speech etc...) he has gained an eclectic following of fans that often quote his lines during performances. He is well accredited for his tone control, octave exchanges, in depth content and his ability to shift tempo and rhyme schemes seamlessly, while never sacrificing his verbal clarity.

For two years (2014-2016) he was the creator, promoter and host of the "Lyric Lab Tuesday" weekly variety open mic and the "Sound Pit Saturday" feature artists showcase, every last Saturday at the Uptown Arts Bar in KC.
He is the creator of the traveling, seasonal poetry tournament, the "Micro SLAM" which emphasizes on condensing time limits for the poets as the rounds progress in the event each month.

He is also the co-pioneer with Jen Harris of the “Kansas City Poetry Slam".

• In 2016, he founded, orchestrated and hosted at one of three venues for the first "Midwest Word Fest"; an annual music, poetry and comedy festival of +60 artists. The event focused on midwestern artists for it's performance line-up.

• He was named the winner of The Poetic Underground/AKKA Karate 2014 "Dragon Slam" Poetry Tournament (Earning him the nickname "The Bruce Lee of Poetry"),

• He was a member of the 2014 "PoUnd SLAM" team (Kansas City's first nationally accredited poetry team).

• He was nominated in The Pitch Weekly's "Best Of" edition for Best Spoken Word Artist in 2015.

• He was named "First Friday Poet Of The Month" in April, 2016 via the founders of the Music & More Foundation.

• He has been the feature performer at such venues as: The Nelson Atkins Museum, The Negro League Baseball Museum, The Missouri State Capitol etc.

A quote from the article "Prim's Proper", written by Kansas City based blog writer and poet, Mark Matzedar...
"Prim is a wizard.
I’m serious. If words are majik and sentences are spells then Prim-One is an alchemist, melding base Metal with Hip-Hop and from the heart of the heartland creating treasures more precious than gold. With facile linguistics he pummels your preconceptions, his rope-a-dope rhythm driving words home.

When I learned Prim’s poems exist only in his head, [Pre-Book Release] never a word set on paper, I was gut-punched. It felt … it felt like Murray Abraham’s Salieri learning Wolfie Mozart didn’t make drafts but inked exquisite music off the top of his head. That was Peter Shaffer’s plot device. This—this is confoundingly real. Props, Prim." 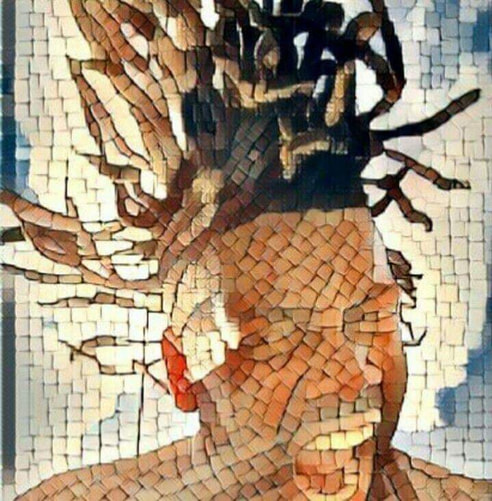