Born in Chicago of African and Native heritage, Louis Alemayehu developed his poetic skills and musical sensibilities as a part of the Black Arts Movement in the 1970s. His believes that poetry is a tool for healing; his performances, lyrical twinings of jazz, chant, poetry and song, are art-as-ritual, often performed ceremonially. He teaches classes in poetry and language arts at the Multicultural Indigenous Academy, and facilitates community workshops on racism, culture and community-building. Louis crosses and challenges the boundaries between generations, cultures, disciplines, and art forms.

His writing has appeared in The Butterfly Tree: An Anthology of Black Minnesota Writers; The Drum: An International Journal of Writers of Color; and The International Process Work Journal. In 2000, Louis’ poem, Thrones, was cast in bronze and installed within the Phillips Urban Gateway, an inner city public art installation in Minneapolis. As founding member of the musical group Ancestor Energy, Louis, along with composer/musicians Carei Thomas and David Wright, has been performing in support of African liberation, Native American land rights and spirituality, the battered women's movement, and human rights for more than 25 years. He has been honored by both Intermedia Arts and the Loft for his pioneering work as a spoken word artist and creative writer, and is the recipient of a Diverse Visions award. 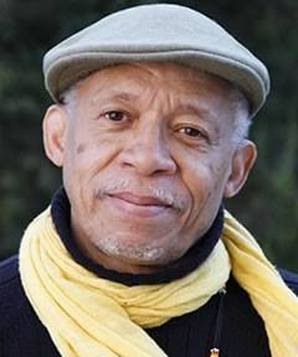